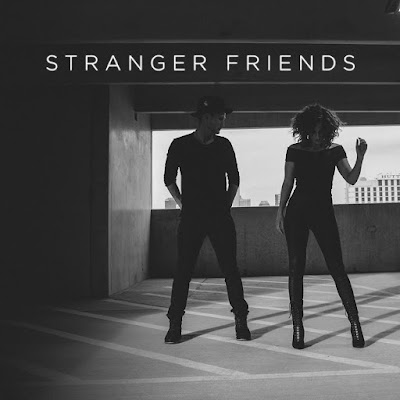 
With a musical style that combines the harmony of the Everly Brothers and the grit of Tom Petty and the Heartbreakers, Stranger Friends will release their self-titled, self-written EP on October 20. Band members Jamie Floyd and John Martin met through a mutual friend in 2010. To their surprise, songs came naturally, as though these strangers had been friends all along. And their vocal blend was instantly, undeniably special. Since that time, they have followed their musical instincts from recording sessions in a garage in Nashville to writing songs for television and film. But that’s just some of their background.


These two have been together a while now and their efforts are starting to really pay off with the recording of the soundtrack for the Burt Reynolds movie - Dog Years - featuring their track “Yet To Come” which will be out in 2018.

Their new EP comes with much to prepare for that, and it should get heard by their fans combined with it over the next year. The production is pretty-slick, as with most good country and rock artists. They come blazing out on the opener with “Country Song” and you can’t deny how awesome they are on this killer track that contains every good element they consist of.
They only prove to improve with every track, as the following “Sacred Garden” offers up with the greatest of ease. It has a charming groove to it that keeps you interested the whole time, like being on the beach or somewhere with a cool breeze. They immediately get under your skin with a fun-loving track here which has everything going for it. You get invited into the garden of peace, as they sing together about it. This is a truly remarkable song from beginning to end, with a captivating spirit all its own to wash over your ears with its fabulous melody that won’t go away, even once it’s over.

“I Ain’t Dead” is the peaking point on the EP, with a hypnotic track of epic-level efforts. Led by the vocals of John Martin, this is a wildly delivered track that doesn’t grab you quite as much the first time as it does with repeated listens. But once you’re in the groove this is the track that stands out the most if you let it do its magic all the way. It’s worth the price of admission alone to me. Don’t let the other tracks fool, because they’re all one hundred percent efforts.

It should just be noted this track is a must hear without a doubt, as they captured all their best in-the course of laying this one down.

Between the lines you’ll also find much solitude in the lyrics of “November & June” with Jamie Floyd coming through stronger on this one. It brings the mood back up to happy and keeps the EP grounded before it’s all over with the closing being the last-but not least of the bunch as well. “Don’t Get Back Up” is a love song with a great message of positivity and it works as well as any other track, so it marks no dips in the EP to speak of. Once you get used to these songs, they’re hard to stop playing, and that’s a testament to it and them. Stranger Friends have arrived in their own ways.