“Head in the Clouds” by Reverse Mechanic 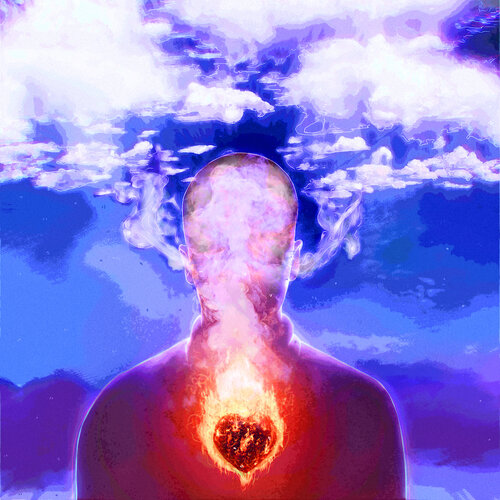 In his new single, “Head in the Clouds,” the musician known simply as Reverse Mechanic explores string-born harmonies with more of a rambunctious moxie than he’s ever displayed in-studio before. Whether we’re listening to the song by itself or taking in its fun-loving music video, its core hip-hop aesthetic comes to us flanked with a pop/rock melodicism that I can’t recall hearing in the genre before. It would be untrue to suggest that other rappers haven’t tried to fuse elements of rock or pop into their work prior to now, but among those who have experienced any degree of success, Reverse Mechanic’s effort is definitely among the more interesting.

The concept behind this track comes almost entirely from the idea of preserving the melodic relationship between vocal and verse. Whether he’s rapping or harmonizing with the guitar parts here, Reverse Mechanic sounds very relaxed and unflustered, doing everything in his power to maintain a fluidity in the hook that wouldn’t be possible with a more rigid performance. Even the verses he spits out with a furious intensity later on tin the song have a tonal warmth I haven’t come across in a long time, let alone in material out of the American hip-hop underground.

I really love the guitar element to “Head in the Clouds,” and I think that, in more ways than just the obvious, it accents the beat here better than anything else would have. There isn’t any sort of bassline indulgence for us to sift through in this song; in fact, I actually think it’s a little thin on the low-end of the spectrum. That said, there hasn’t been a single quite this crisp to bear a hip-hop categorization label in all of 2020, and that alone makes it a rather interesting listen for those of us who follow the scene.

Reverse Mechanic was smart to go with a streamlined mix over anything super bombastic here for a couple of reasons. First off, it helps for us to retain focus on his vocal virtuosity, which is on display from beginning to end in “Head in the Clouds” for all to hear and appreciate. Second of all, by avoiding the surreal glow that so many of his peers have been trying to capture in their own work lately, he not only distinguishes himself as an anti-establishment rebel, but more importantly, as a player who wants to make his own brand of musicality in 2020.

If this is on par with what Reverse Mechanic is going to be doing throughout the next chapter of his career, I doubt “Head in the Clouds” will be the last time he winds up in the headlines with his work. There is certainly a lot to get excited about in modern hip-hop; the genre has reached an apex of sorts that is resulting in a diversification unlike anything many critics would have predicted just a decade earlier. Artists like Reverse Mechanic are ushering in this next era marvelously and, mostly, because of the indie ethos they adhere to so well.