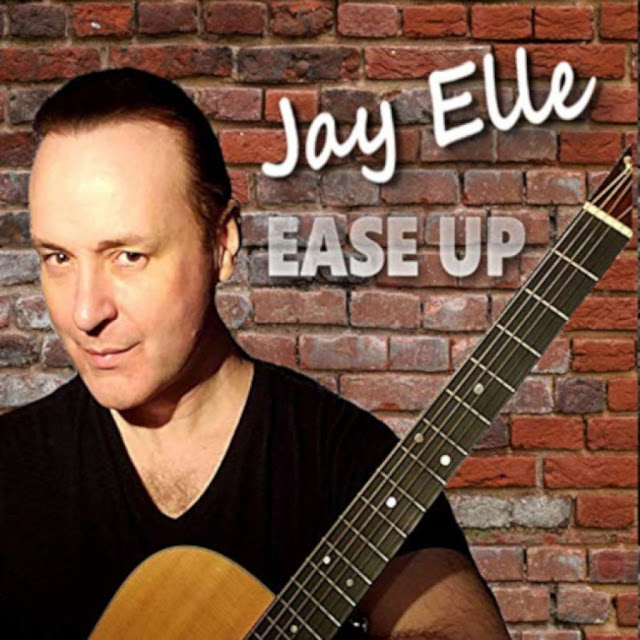 Some artists spend a lifetime searching for their signature sound, pining after an elusive multidimensional element in their style that is capable of encapsulating all of their emotions into a singular strand of harmony; but for singer/songwriter Jay Elle, he’s reached this apex in the new EP Ease Up, which is out now everywhere that fine indie music is sold.

For lack of a better phrase, he’s on fire in Ease Up – in “Sickly Sweet,” he gives us a deluge of poetic melodies that, while being totally different in design from those in “Never Dreamed (I Could Be the One),” are tethered to the same soulful source of creativity. He’s emotional in “By the Blade,” self-assured in “Needs Fixing,” carefree in “Take a Holiday” and as swaggering as a popstar in “Ease Up (Into Love),” and for all of the would-be doubters that might question how so much diversity could be stuffed into an extended play, there’s a progressive twist to the fluidity of the tracklist that keeps us on the edge of our seats from start to finish. Jay Elle is a humble, honest troubadour of the old school in his new record, but his execution style is unabashedly rooted in contemporary pop aesthetics.

This EP has a very exploratory vibe in that none of its tracks feel deliberately rehearsed or tightly arranged for commercial airplay. Evidence of Elle’s increasingly experimental tendencies can be heard in the rather grainy “By the Blade,” the synthesized harmony of “Never Dreamed (I Could Be the One)” (which sounds drastically better with the assistance of Brent Kolatalo) and the blushing bass tones of the Ease Up’s title track, but these songs don’t make “Take a Holiday” and “Sickly Sweet” sound saccharinely traditional.

As I mentioned, there’s a progressiveness to this material that ensures the audience’s attention right out of the gate, and as we move from one hurricane of harmonies into another, there’s no abrasiveness in the shift between songs at all whatsoever. Elle has been working hard at refining his sound to be as streamlined as possible, and the fruits of his labor are on full display for all of the world to enjoy in this amazingly sharp and urbane extended play.

Take one part James Taylor, another part Morrison Kincaid, throw in a little bit of melodic modernity into the pot and you’ll come up with a splendidly delicious dish that resembles something like Jay Elle in this current phase of his career. Fans of old fashioned folk/rock have a lot to be excited about in Ease Up, and although I wouldn’t say that it’s the only record making a big splash this September, it’s the only EP that I would describe as soft enough for folkies while being pretty enough for the pop crowd. I’ve been listening to Jay Elle for a little while now, and though I came into this review of Ease Up with a lot of near-impossible expectations, I’m very happy to say that he met most – if not all – of them without having to exert an excessive amount of energy in the studio.

He’s got the talent to take this sound into the primetime limelight, and a record like this will go a long way towards getting him there.